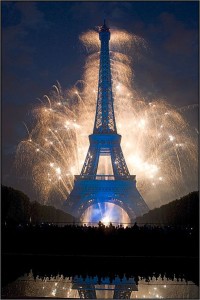 Fireworks behind the Eiffel Tower on New Year's eve. Photo via Wikimedia Commons

Every year there is one single tradition that unites most all human beings on Earth: New Year’s Eve. The only holiday devoid of religion and nationality, the end of the year brings us all to a final moment when we countdown the final seconds of the old year and cheer, drink, and kiss to the new. But what does it matter? Why are people all over the world obsessed with celebrating the changing of the year and discussing it compulsively?

Westerners in particular feel the need to be somewhere important or exciting when the clock strikes 12. Don’t forget that open bar or midnight kiss; every detail is to be regaled after the hopefully memorable night. But what is it about the need to party this one particular night that consumes so many people?

As a perpetual backpacker, I find the only excuse one needs to party is that the day of the week must end in the word ‘day’. Every first and last night in a place or with people cushion a series of big nights out, the craziest being the ones that are supposed to be quiet ones starting with “just one beer”. For me, New Year’s Eve is the amateur’s night out. I have to deal with hoards of drunken idiots who jack up bar prices and crowd my dance floor. They talk incessantly about their night last year and what they plan to do this year, and it’s only September.

This year I had the luxury of already traveling in a country with not one, but two accessible world party capitals: Cancun and Playa Del Carmen in Mexico. I decided to leave it to the last minute; that if I plan too much and try too hard expectations will never be achieved. And true to form, I went with the laziest option: I partied right where I was and who I was with, in neither city. I decided the effort of taking special buses and trying to meet up with people was too complicated and then put pressure on the night to be incredible as I was in the capital of “party” on the biggest night of the year.

So what makes a great New Year’s party anyway? Is it the bar or DJ? The person you make out with? The stories you get to tell? Or is it just one happy moment when you reflect on your life, consider the future, and then say “I love the exact moment and place I’m in right now”.

Currently I’m holed up in a quintessential backpacker’s hostel and have the ability to discuss the importance of New Year’s and what makes it a good one with other travelers and near professional partiers. And a lot of words have been used about a great night: alcohol, sex, drugs, and in general crazy partying. But what matters most?

The number one answer: who you’re with. The city and location are great indicators (who doesn’t want to enjoy the first sunrise of the year on a gorgeous beach?). But it’s the people surrounding you that provide the most fun. The ritual of recounting your stories collectively for memory recognition the next morning continues the night in a fun way with January 1st being the universal day of accepted hangovers.

The bottom line though is if everyone around you is having fun and enjoying the moment, you will be too and you can celebrate with the entire world one crazy night. Having no regrets makes the best New Year’s Eve, no matter where in the world you are. And if you don’t, you get another chance next year.

Ruby Tuesday was just an ordinary girl from suburban California until she studied abroad in the random and entertaining island of Malta. After that, she decided to explore every corner of the world in search of extraordinary adventures. Suddenly she was climbing cliffs in Thailand, befriending monkeys in Bolivia, and practicing the ancient martial art of sunmudo in Korea. Ruby is our global party expert and her experience in shenanigans all over the world has given her an endless series of stories. 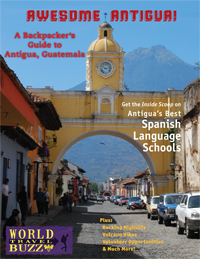