Overland Travel in The Americas: A Photo Essay

I’ve been traveling in my HJ60 Land Cruiser from California to Alaska, back through the states, and south of the border. I’m currently in Guatemala, and continuing south. The following are some of my favorite photos from my journey so far.

One of the great things about traveling with my own car is the ability to stop and set up a tripod whenever nature decides to put on a show. In this case, after rounding a bend in the Alaska-Canada highway in the southern Yukon Territory.

There are some places you can’t go by truck, like the Denali Park Road. In cases like this, I have a small Clik shoulder bag that can carry two 35mm SLRs, four lenses, filters and a cable release. Since Canon FD cameras don’t weigh much, a lightweight tripod rounds out a decent landscape kit that doesn’t weigh much.

Listening to the bergs calf from this glacier is one of my trip highlights but it almost lead to a long, uncomfortable night spent on the beach after my boat ride back to Homer never showed up. Fortunately I packed a cell phone, mylar emergency blanket, a cigarette lighter, flashlight, a light jacket, multi-tool and bear spray for the day trip.

I go to some lengths to be sure the truck is equipped for most eventualities. It’s important to do the same when straying away from my ride.

Fortunately, around 9PM I found a spot where I could get a cell phone signal, allowing me to call someone in Homer to come get me, rather than spending the night fending off grizzly bears.

This image was made using a Canon A1, Canon 50mm/f1.8 lens and Provia 100 color slide film 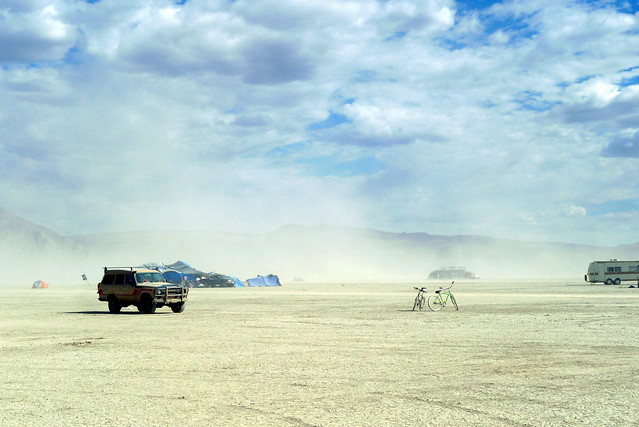 Lingering on the playa after Burning Man as BRC radio reports the exodus is gummed up.

This image was created using a Panasonic LX-3 point & shoot and the GNU Image Manipulation Program (GIMP). You don’t need expensive equipment or software for travel photography. In fact, good, cheap gear can be better than professional expensive gear when conditions are bad. I wouldn’t bring out my 35mm SLRs in this dust but the LX-3 kept me shooting.

Traveling by truck is great for me as a guy who likes to shoot film. I have space to carry a variety of equipment and the on-board fridge keeps the film safe from the sun. I pack a variety of film and equipment but when I go out to shoot, I choose what I want to carry and leave the rest behind.

This way I can take chances and experiment – in this case shooting the Canyonlands on Fuji Superia consumer print film (legendary for it’s high contrast and saturation) with a simple Olympus Stylus Epic 35mm point & shoot camera.

Some people tell me they would get bored if they retired. “What would you do with all your time?” they ask. For me, it’s pretty simple – I would travel as close or as far as I needed to in order to experience things like this: the Firefall at Horsetail Falls in Yosemite.

A couple hours later I learned an important lesson about off-road vehicle recovery after breaking the birfield joint (part of the front axle). Fortunately I was able to drive out and spend the night on a ranch where they raised roosters for cock-fighting and grew pine nuts, beans and apples. The two guys working the ranch were friendly, helpful, salt-of-the-earth types, not the narco-traffickers that the media would have you believe are lurking around every corner. 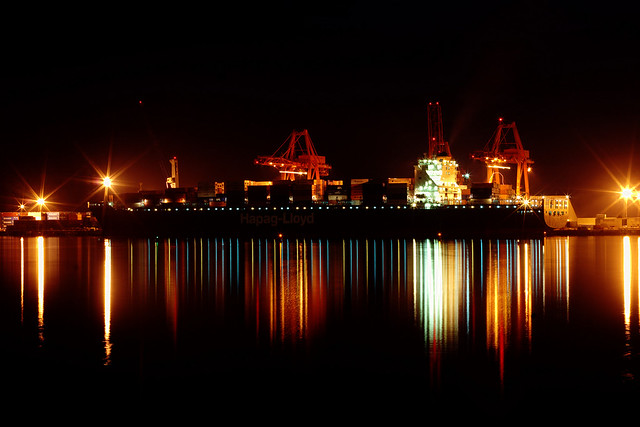 While in Ensenada waiting for repairs to the Land Cruiser, I spent much of my time wandering the city with a camera. This time I went out to practice spot metering, hoping to shoot some Velvia, but the sky didn’t cooperate.

Instead, I shot the NEX-5 & Canon 55mm. I captured this image just as port security came over to chase me away for taking “serious photos”.

So, here you go world, a serious photo of a forbidden cargo ship. Enjoy. 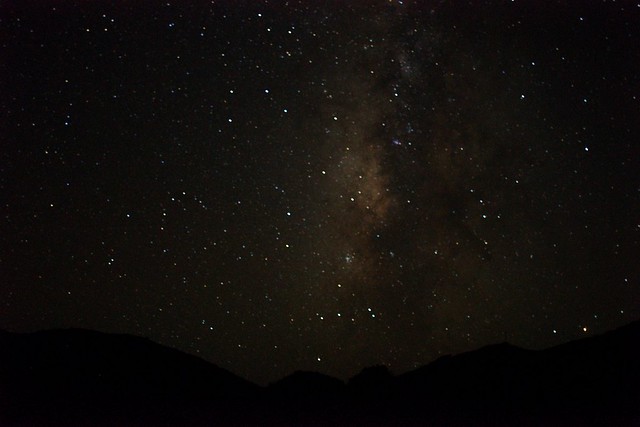 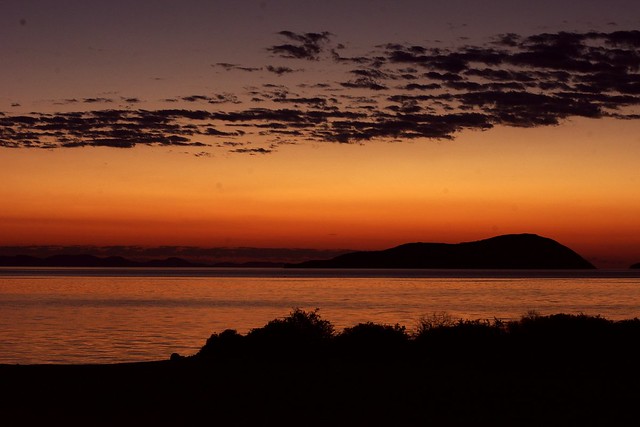 Another example where I only had to be in the right place at the right time, recognize it, pull over and start shooting. This was taken south of Loreto as Tropical Storm Norman moved up the Gulf of California

Cascada de Tamul (Tamul Falls) in the Huasteca Potosina region of San Luis Potosí. The locals told me the falls drain into a river called Tampaon but Wikipedia calls it Río Santa María. 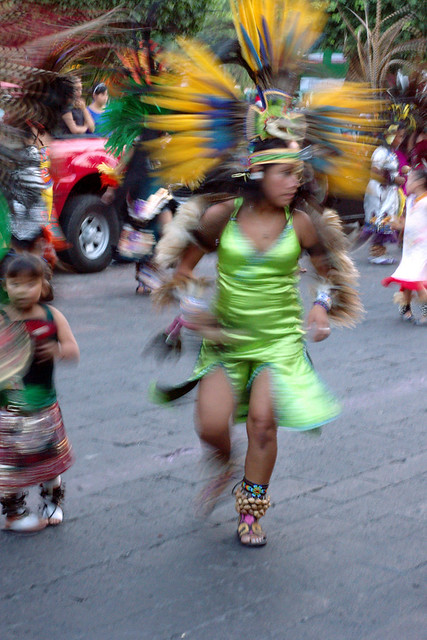 Driving through colonial cities in Latin America is usually a stressful endeavor – the dearth of parking, narrow streets, food carts, one-way routes, markets and in this case, a street festival, make navigating an old diesel 4wd in the city a challenge.

This festival continued for several nights. Each night the festival was oriented around a different cathedral and had a mix of Catholic and indigenous characteristics. 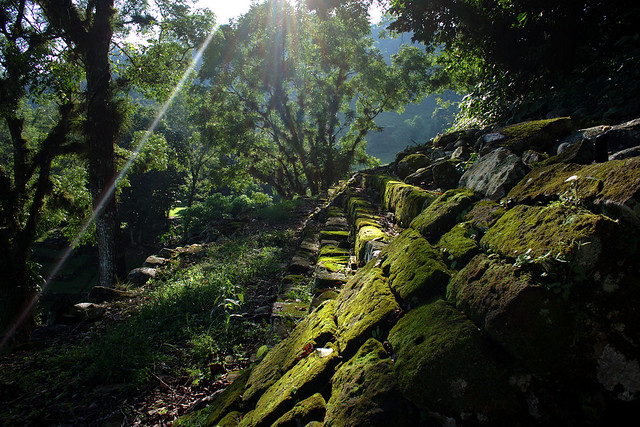 Mexico is full of ruins; old cities, pyramids and ball courts from a variety of mesoamerican cultures abound. This is the pyramid at El Cuajilote in Veracruz. I was escorted down from the pyramid by a very friendly guy in a cowboy hat right before he asked permission to take my tripod. Tripods are usually not permitted at the ruins, I assume as part of a protection racket for official photography, but I thought I could get away with it since the site was empty. 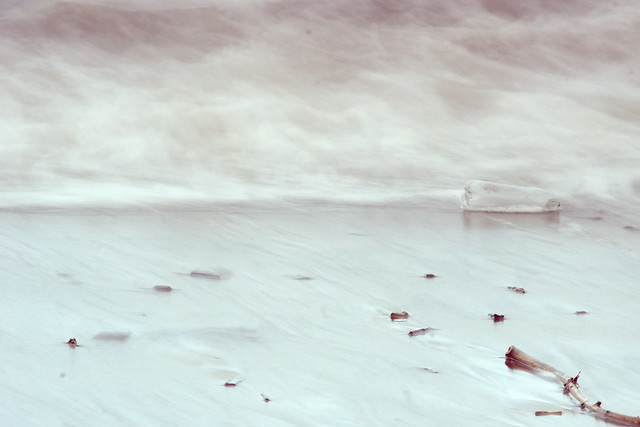 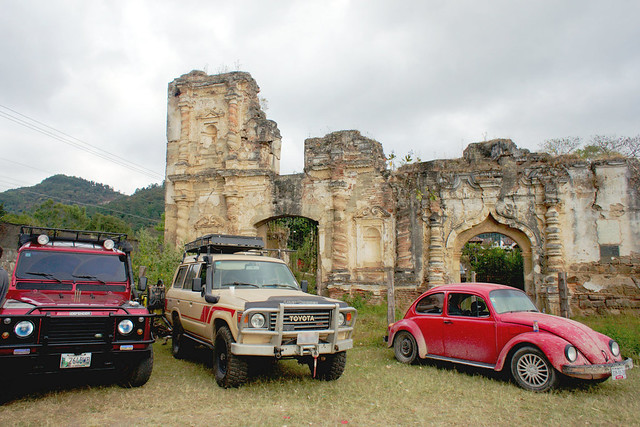 Traveling by vehicle has introduced me to a whole new subculture of roadtrippers.

Club Aventura 4×4, Wide-Angle Wandering, This European Life and friends from Guatemala and abroad get together outside the Candelaria ruins in Antigua. 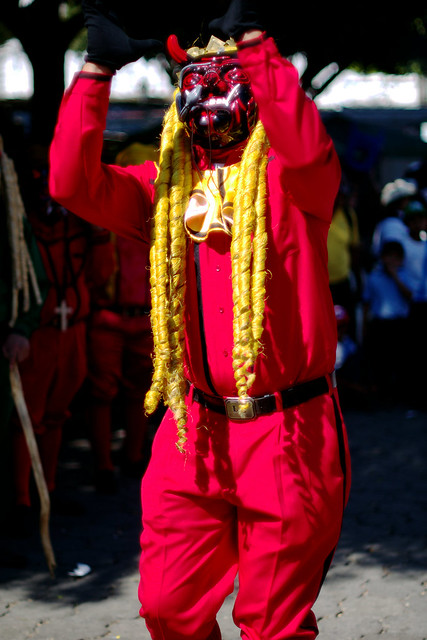 Sometimes I go out to run an errand or take a drive and run into the strangest scenes. Today it was dozens of demons dressed in drag, like blonde versions of the Predator, in celebration of the Fería de la Concepción.

Guy Deckard recently stepped away from his corporate cubicle life to travel. He likes to meander with an analog film camera in one hand and a cerveza in the other.